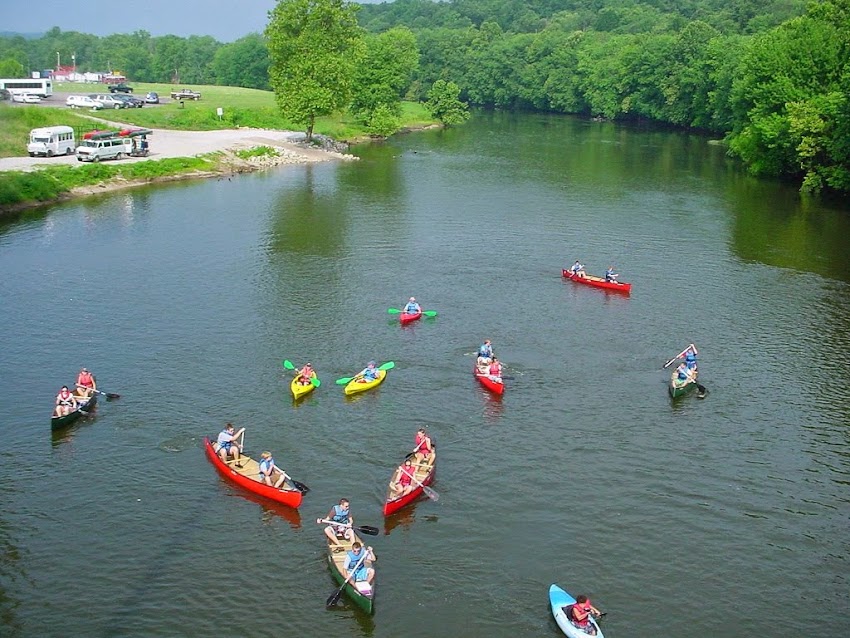 The agencies advise people who use the river to be aware of the river fluctuations caused by the pulses.

"The pulses will allow for a full season of monitoring data to be collected," said Owen Reece, Norfolk District hydraulic engineer. "The data will help to document the water quality and environmental benefits of an alternative water control plan."

The 2013 pulse dates are scheduled for the following Tuesdays:

The deviation from the water control plan will also slightly reduce river flow by 11 percent from the dam, resulting in a 1-inch drop in the Jackson River.

The releases will not have negative effects on the water levels at Lake Moomaw; levels are expected to remain slightly above where they would have been under the existing water control plan. The water reserved in the lake from the reduced flow will be used for the pulse releases.

The pulse releases will be similar to test pulse releases previously conducted in August 2010, September 2011 and October 2012.  Those controlled releases, which were single events, tested whether the pulses effectively removed algae and improved water quality.

"We expect the proposed changes in flow, coupled with major pollutant reductions in the basin, to significantly improve water quality in the Jackson River," DEQ Director David K. Paylor said.

The temporary deviation is based on the preferred alternative in the Environmental Assessment and Finding of No Significant Impact documents, which were prepared to assess the potential impacts of the Gathright Dam Low Flow Augmentation Project on the Jackson River.  The project and development of the preferred alternative were a cooperative effort between the Norfolk District and the Commonwealth of Virginia.

The EA and FONSI are available at http://www.nao.usace.army.mil/About/Projects/GathrightMoomaw.aspx.

Posted by TWIN RIVER OUTFITTERS at 8:43 AM No comments:

This is the second of our seasonal blogs for fishing updates on our guided rivers in the Twin Rivers fishing area.  Water temperatures are definitely where they need to be – in the mid 60s.  Fish are currently at their “happy” spot; the water temps and flow are ideal for smallmouths -- you should be able to encounter fish of any size just about anywhere in the streambed.  This past weekend a friend and I floated below Lynchburg and found that the smaller fish were feeding on just about anything, the males of larger size (14” to 16”) were near the banks, and that we had some larger fish that appeared to be spawned out females.  The key here is this:  these larger fish (16” to 19”) were feeding on bait --  larger minnows.  We found that crankbaits and soft plastics that imitated crippled baitfish were the ticket to our larger fish while tubes, grubs, and jig n’ pigs caught a good many of what we call the “male” guarders.  These females, once they have spawned out, will attempt to restock their energy sources by gorging on whatever fills their stomach the fastest.  As long as water temperatures, air temperatures, and flow levels stay close to the moderate levels that we have at this time fishing should be good for all people.  But (there is always an exception somewhere), once the next spawn comes around to its conclusion be prepared for the larger fish to make a nosedive for the bottom of some very deep and dark holes in preparation for the ensuing hot summer months and long periods of light.  For the time being once our air temps get this last bit of early spring out of the way the tiny torpedo should start working real well, especially early in the morning and right before dark.  Keep your fishing line fresh, retie your knot often (constant casting and playing heavier fish wear knots out very fast), and go fishing to your favorite spot . . . . . good luck and remember:  catch a few, handle them carefully, and release the nice ones – you may want to fish again tomorrow.  Contact John or Dan at Twin Rivers if you are interested in a personal guided fishing trip @ canoevirginia.net/ or 540-261-7334.

Region's natural beauty is a tourism resource for Botetourt County.

BOTETOURT CO., Va.—
A lazy day on the river is better to many than a day at work.
And, it's this serentity Botetourt County has decided to capitalize on. .

"The Upper James River Water Trail started in Botetourt in about 2008. We officially opened up the trail in 2010," explains Richard Peters, Director of Parks, Recreation & Tourism for Botetourt County.

Nearly 3-years later that commitment is paying off.

The Gala public boat access is one of two sites Botetourt has opened in the last year and one of 8 in the county.

Explains Peters, "It provides access to the river for our local residents, but also for tourism and visitors that would come into Botetourt to fish and float."

Welcome to Eco-Tourism.
A growing movement across the country that has places looking at their existing, natural resources

to draw in crowds.

Says Peters, "We're trying to expand that and grow that in hopes that visitors come to Botetourt and spend some money and boost our local economy, especially in the Northern section of the county where there's less opportunity for commercial development."

It's an idea that paying off for the county and its businesses.

"We've really seen some great results. We've had a lot of additional boaters. We have a local canoe livery that operates in Buchanan. Their business

has grown 25% each of the last two-years," Peters explains.

And, at a cost of about 24-thousand dollars to prepare, it makes dollars and "cents" to the county.

"It's a fairly small capital investment, but it'll have huge benefits for us and huge impacts," Peters explains.
Ten-thousand dollars of Gala expense was covered by a grant. The remainer was picked up local businesses.
As for the Gala site, a kiosk will be soon added and Peters hopes to eventually have a concrete boat ramp constructed there.
See link below to watch news story: